History of the library 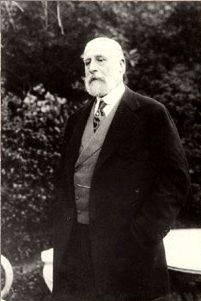 In accordance with the provisions of the October 1972² decree, the library is now administered by the Chancellery of the University of Paris, which is jointly owned by the universities of Paris I to Paris XIII.

Jacques Doucet (1853-1929), collector and patron of the arts, built up an exceptional library in thirteen years, from 1916 to 1929, bearing in mind the idea of passing on to posterity a working tool that was vital to the knowledge of the literary history of his time. As a true innovator, he was not satisfied with simply collecting finished work, the rare edition; he sought to add to it the manuscript, one or more letters from the author, the corrected proofs; any element that would allow one to follow its formation and elaboration. In the words of Blaise Cendrars, this collection is the fruit of a “relation manuscrite de Jacques Doucet” [handwritten relationship by Jacques Doucet] with the writers he surrounded himself with, as diverse as André Suarès, Pierre Reverdy, Max Jacob, Guillaume Apollinaire, Blaise Cendrars, Raymond Radiguet, André Breton, Louis Aragon, Robert Desnos, and many others.

The initiator was André Suarès, whom Jacques doucet met through mutual friends in February 1913, and with whom he established regular correspondence in return for a pension. On July 2, 1914, André Saurès suggested that he set up a “librairie à la Montaigne” [bookshop in la Montaigne], an idea that the couturier did not take up until two years later, in May 1916, when he asked Suarès to give him the names of the authors he was looking for to enrich his library, “en dehors du quatuor dont elle est formée” [outside the quartet of which it was made up] (Claudel, Gide, Jammes, Suarès, to which he added Valéry). On June 15, 1916, Suarès sent him the list of authors who should be included in his library “en remontant à la source pour que la collection ait toute sa valeur spirituelle” [going back to the source so that the collection has all its spiritual value]. The library was built around the idea of modernity, with its precursors such as Baudelaire, Nerval, Verlaine, Mallarmé, Rimbaud, Huysmans, Jarry, Saint-Pol Roux, Paul Fort, Pierre Louÿs, and Marcel Schwob.

Through his bookseller Camille Bloch, Jacques Doucet came into contact with the young new writers of L’Esprit nouveau whom he boarded in exchange for letters of reflection on the artistic and literary movements of the moment: Pierre Reverdy, for whom he financed the publication Nord Sud, Max Jacob, from whom he received the manuscript of Le Cornet à dés, Blaise Cendrars, who offered him la Prose du Transsibérien, the manuscript and corrected proofs of Pâques. From Guillaume Apollinaire, he acquired the manuscripts of the poems of Alcools, of Bestiaire, of the Poète assassiné, a copy of the rare Case d’Armons booklet, published with makeshift means in the trenches, “aux armées de la République” [to the armies of the Republic].

In December 1920, the patron introduced André Breton, a reader, to his friend Jeanne Tachard, whom he immediately took on as an artistic, literary correspondent before hiring him as a title librarian the following summer; his friend Louis Aragon joined him at the beginning of 1922. Their role was decisive for the orientation of the library. Their objective was as much to complete the collection built up by Suares’ initiative to enrich it with everything that mattered in the literary creation that was taking place. Doucet finances the journal Littérature and commissions a Projet d’histoire de la littérature contemporaine from Louis Aragon. He meets their Dadaist friends and the future Surrealists Tristan Tzara, Georges Ribemont-Dessaignes, Francis Picabia, Paul Eluard, Michel Leiris, and Robert Desnos, who will be his last literary advisor. It is to the latter that we owe the rich documentary collection on Surrealism, consisting of leaflets, catalogs, and various magazines. In 1925, André Suarès’ friend Marie Dormoy succeeded André Breton as librarian in the premises at 2 rue de Noisiel. 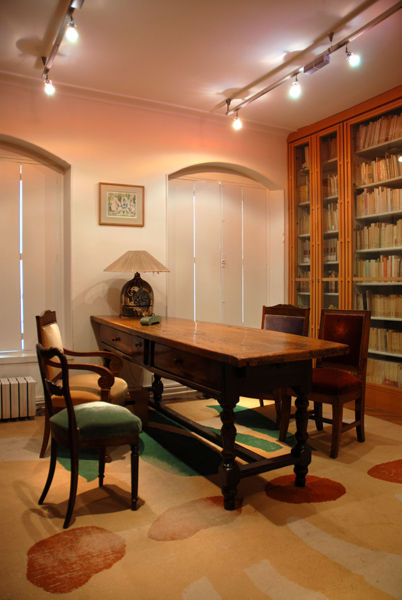 After the University of Paris accepted the bequest in 1932, the library was transferred to a room in the Reserve of the Bibliothèque Sainte-Geneviève, 10 place du Panthéon. Marie Dormoy was responsible for it until 1956. She organized exhibitions and found interest in this prestigious collection of personalities likely to maintain the spirit of the collection. We owe her the entrance to the Gide and Léautaud collections.

The library was then placed under the authority of a university professor, Octave Nadal, from 1957 to 1961, and Georges Blin, professor at the Collège de France from 1961 to 1988.

Successive directors at the head of the library enriched the collections in the spirit inherited from Jacques Doucet.